My Account
Compare
Skip to the end of the images gallery 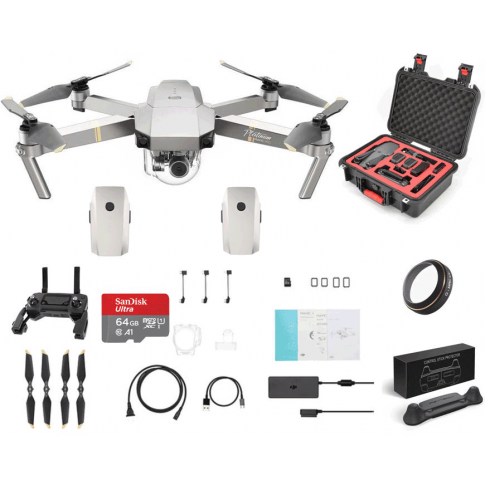 Skip to the beginning of the images gallery

The Ultimate Bundle comes with a waterproof case from PGYTech which keeps your Mavic and accessories safe. You also get a PGYTech Control Stick Protector and a PGYTech G-MRC-UV Filter.

This is an open box item. It has been in the air twice. Full 12 months warranty.

The Ultimate Bundle comes with a waterproof case from PGYTech which keeps your Mavic and accessories safe. You also get a PGYTech Control Stick Protector and a PGYTech G-MRC-UV Filter.

PGYTech Mavic Case - Kepp your Mavic safe
This case for the DJI Mavic comes with a waterproof rubberstrip, stainless steel axis and is IP67 approved.
It holds up to 3 batteries (one installed on the Mavic), Controller, Power Adapter, Cables, Spare Propellers, Charging Hub and the UV Filter.

Padlock Protectors
The stainless steel reinforced padlock protectors provide added strength and extra security against cutting and theft, so your Mavic is safe.

Auto Pressure Valve
The case releases pressure automatically by the valve, while keeping watermolecules out. Easy to open and watertight

Be the first to review this product